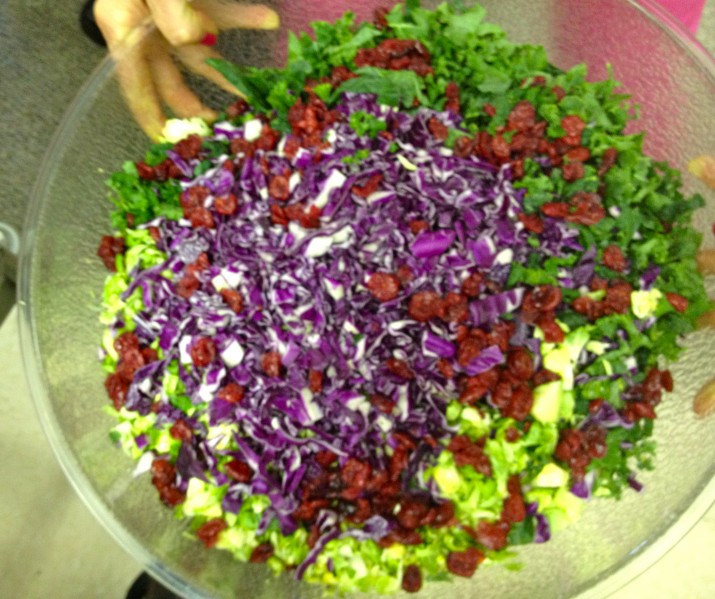 This class took place at “Cooking-4-Life” in Kearny Mesa (Veg-Appeal is always on the move, popping up in different locations across San Diego County).  Tables and chairs surrounded the kitchen, ensuring attendees were comfortable and had a clear view of the action. 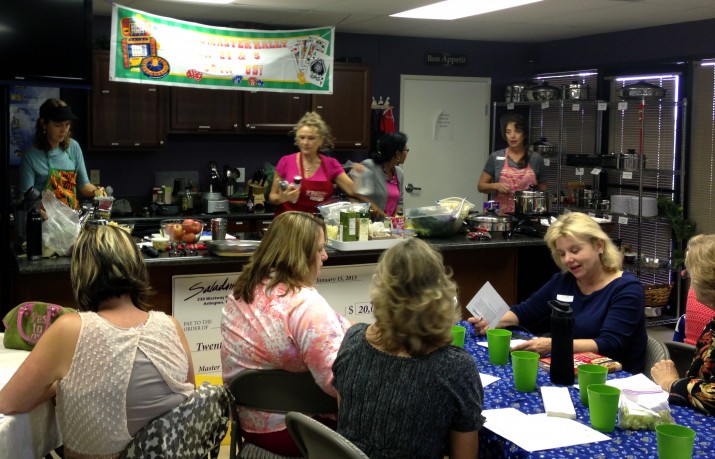 First up was the Kale and Brussels Sprout Salad.  The base is kale, Brussels sprouts, and a healthy serving of cabbage.

Add some toasted almonds, dried cranberries, and a light lemon dressing, and the result is a salad with various tastes and textures.  I will definitely be making this salad at home in the near future! 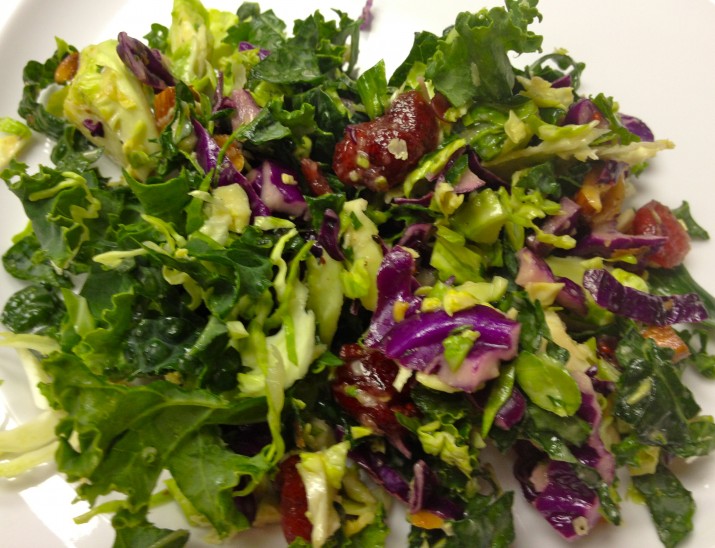 These mashed potatoes, made from cauliflower and Yukon gold potatoes, were savory and smooth.  How are they healthier than normal mashed potatoes?  Three reasons.  First, there is no cream or butter.  Second, the recipe calls for unpeeled potatoes.  Many of a potato’s nutrients are in the skin.  Finally, it is a great way to get a serving of cauliflower.  Seriously, you only taste the potatoes. 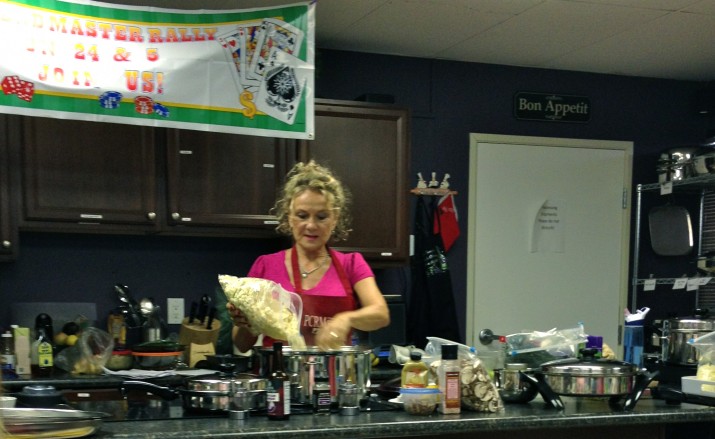 I was excited to taste the Tempeh Meatloaf.  (I have tried out a few lentil loaf recipes, but the results have been mediocre at best.)  The tempeh, nutritional yeast, and spices ensured that this loaf was full of flavor.  The surprise ingredient, the rolled oats, worked with the tempeh to give the loaf substance.  This loaf will fill you up! 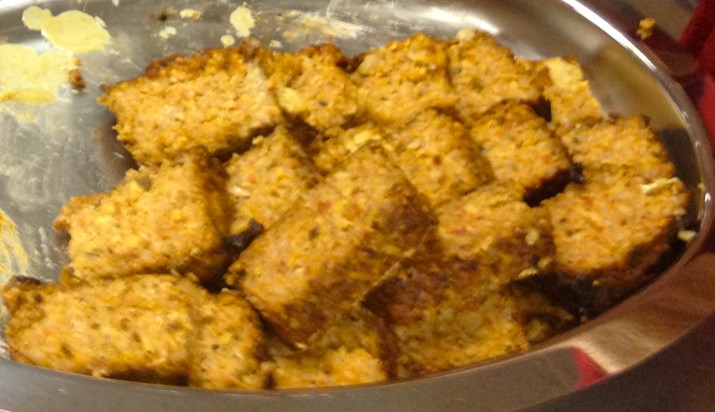 The holidays would not be complete without gravy.  Or in this case, vegan gravy made from a mushroom base.  This thick gravy was a perfect topping.  If you’re wondering whether the gravy tastes good on top of the meatloaf and the mashed potatoes, the answer is yes! 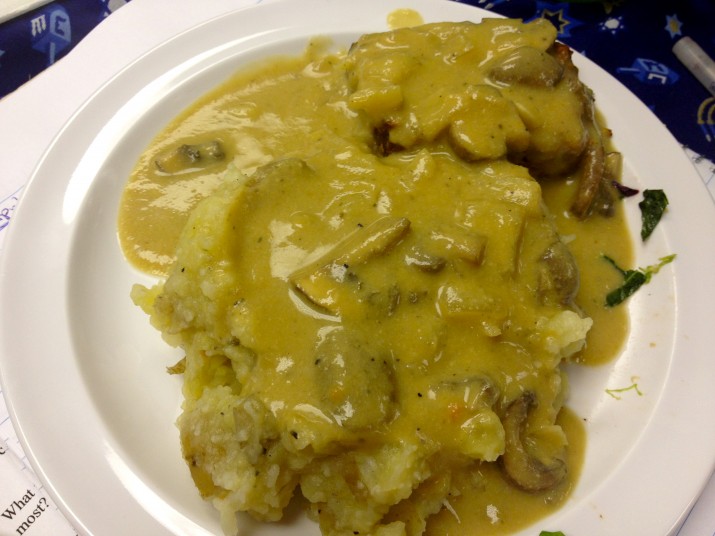 This pie showcases the naturally sweet taste of quality apples.  Mixed with spices and a little maple syrup, the apples simply simmered on the stovetop. 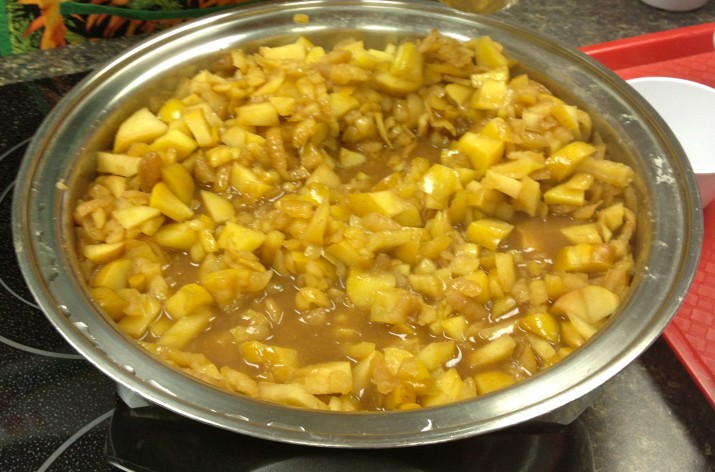 After throwing some nuts, oats, dates, raisins, ground flax (I told you this recipe was healthy!), and a few other ingredients into the food processor, the crumble topping was ready. 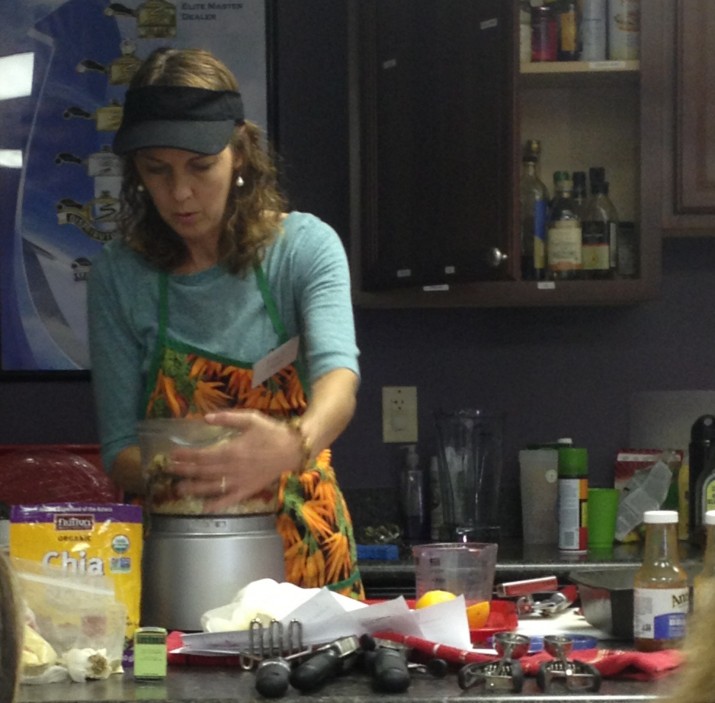 My favorite recipe of the day was the whipped cashew cream. This cream (made from only 3 ingredients!) tastes rich and decadent.   I could have eaten it like a bowl of ice cream. 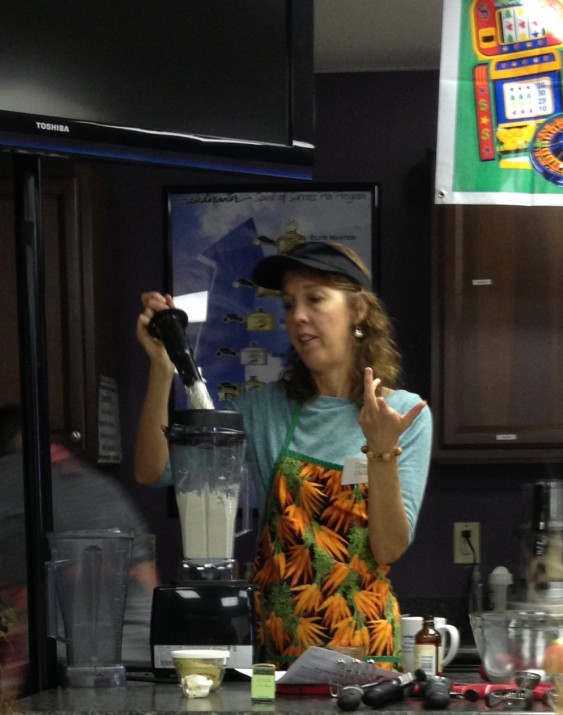 But it was also good as a dessert topping! 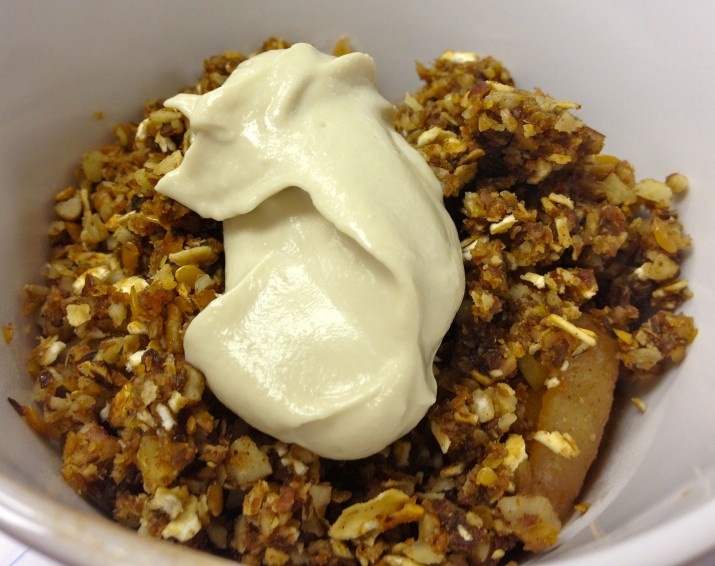 Close Up of Stovetop Apple Pie[/caption]

I would recommend signing up for a Veg-Appeal class soon!  The instructors are passionate about plant-based, whole-foods.  They enjoyed answering questions and explaining the health benefits of each dish.  For a list of upcoming classes and events, click on: