We all know that the freshest, best ingredients are the foundation for high quality products. Uncle Steve’s Italian sauces are proof of this. For someone who grew up on Prego and Ragu (their ingredient lists include things like citric acid, tomato paste, sugar, and soybean oils), really good tomato sauce is a special treat! And Uncle Steve’s tomato sauce definitely falls into the special treat category. 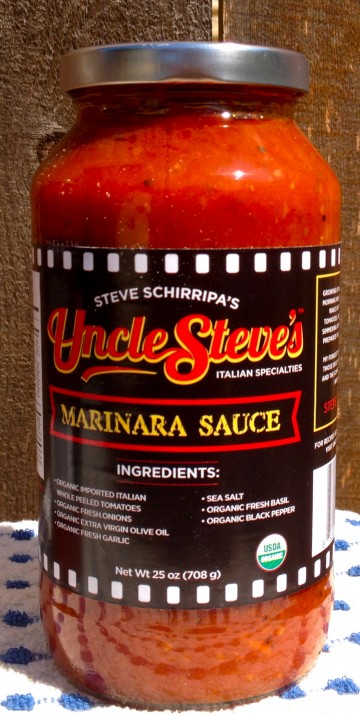 Italian whole peeled tomatoes, fresh onions, extra virgin olive oil, garlic, basil, sea salt, and black pepper make up the Tomato Basil Sauce.  It tastes just as fresh as the marinara sauce but with a stronger basil flavor.  This might be my favorite (I say might, because it’s so difficult to choose!). 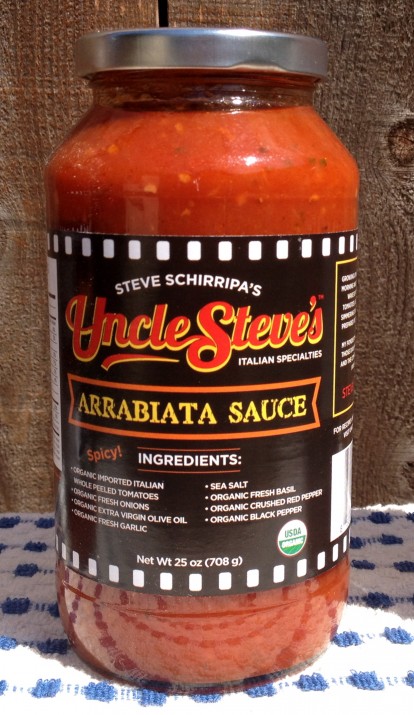 So who is the Steve behind Uncle Steve’s Italian sauces? It turns out Uncle Steve is Steve Schirripa, the actor, who played Bobby Baccalieri on The Sopranos and appeared on the ABC Family show, The Secret Life of the American Teenager. He is also a New York Times best seller author (check out A Goomba’s Guide to Life

, Schirripa’s book, documenting some of his experiences growing up in Brooklyn)! 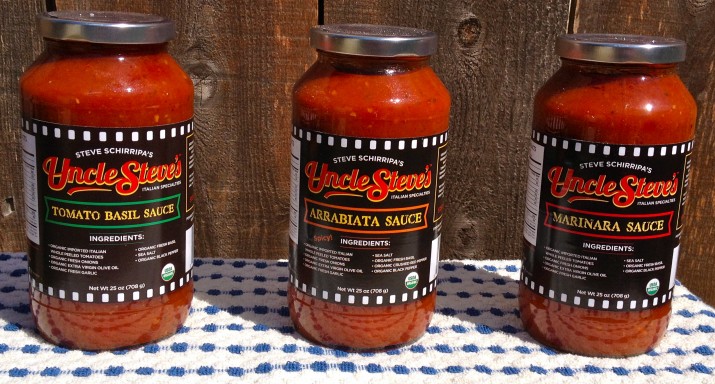 After sampling Uncle Steve’s Italian sauces, I felt inspired to make something Italian. And so I found myself making vegan pizza on Friday night. Delicious.  There were no leftovers.  The fresh, light Tomato Basil sauce made a great base for my pizza!!  Next, I’m picturing some pasta covered in one of Uncle Steve’s fabulous sauces 🙂 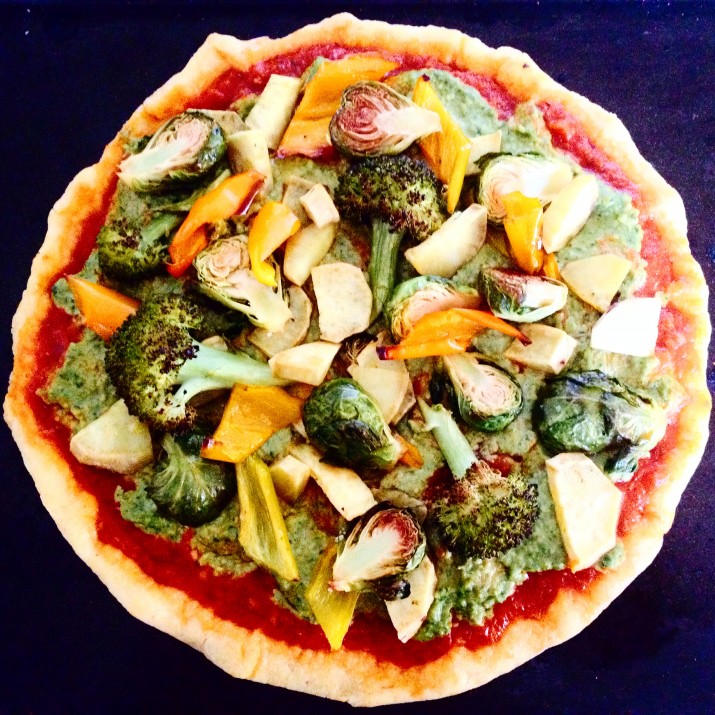 For more information on Uncle Steve and his sauces, check out his website!  I hope you enjoy them as much as I have.