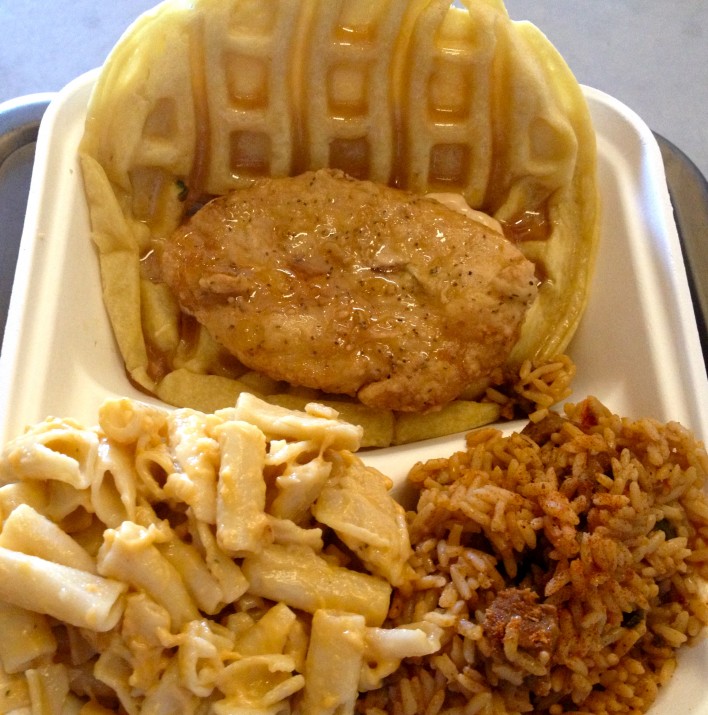 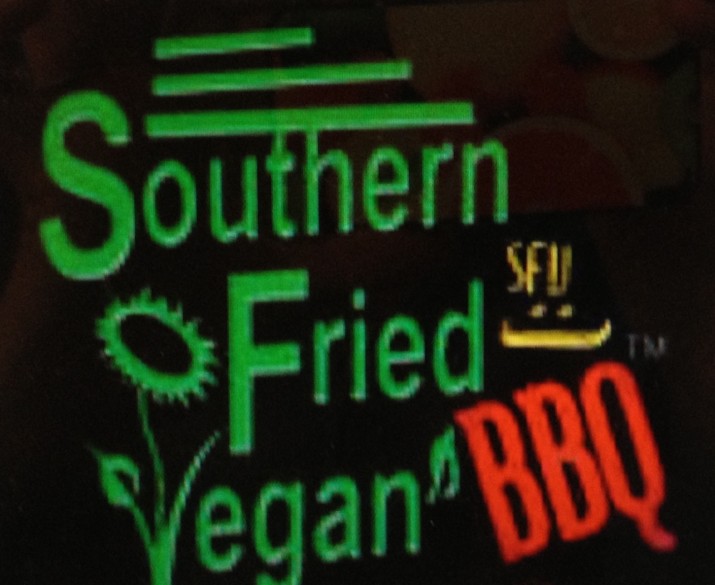 Sure, vegans like to eat veggies and fruit but sometimes you want something you can sink your teeth into – something sinful, sweet, and perhaps even fried!  When this craving hits, I recommend locating the Southern Fried Vegan BBQ food truck!

I caught up with Southern Friend Vegan BBQ at Modern Times Brewery in Point Loma.  I arrived with some hungry friends, ready to eat and drink!  My friends’ plate arrived first, featuring two BBQ sliders, tater tots, and a side of collard greens.  Conversation ceased as they devoured their food (but I managed to snap a quick photo before they dug in!).  Later, with big smiles and full tummies, they would tell me that everything was “really good.” 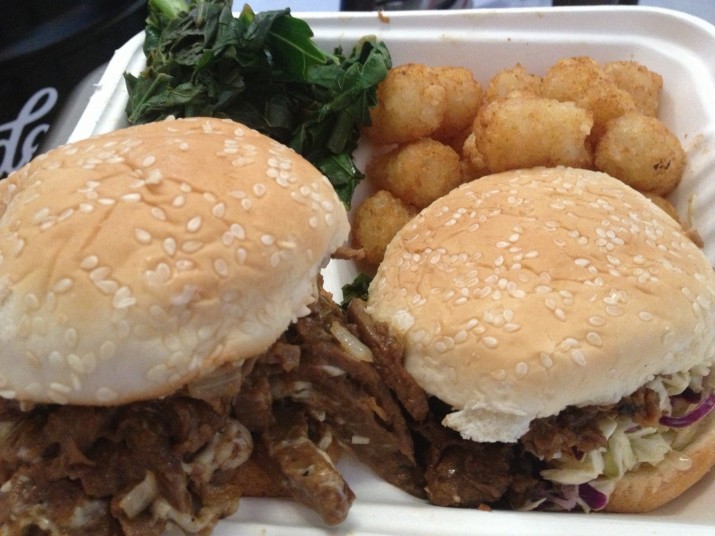 I love avocados.  And why shouldn’t they be the focus of a taco?  There’s no need to relegate them to secondary topping status!  Here, the fried avocados are a warm and creamy centerpiece.  Add some delicious tangy dressing and coleslaw and you have yourself a noteworthy vegan taco! 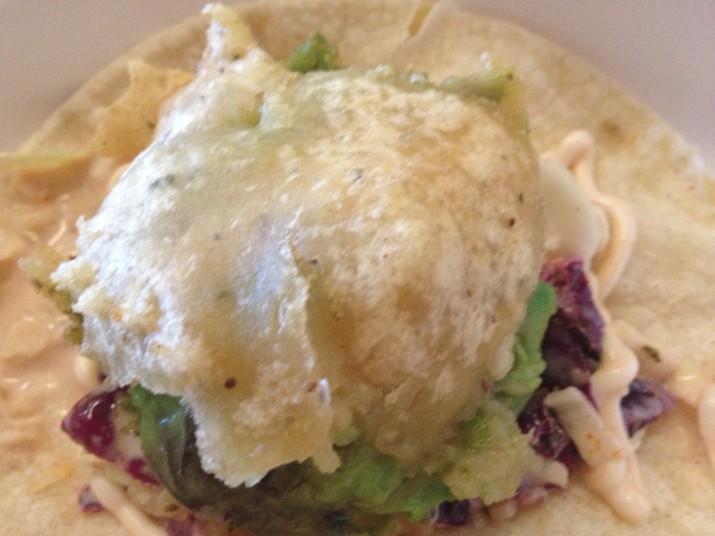 I understand that Chicken and Waffles is a traditional southern dish, but I had never seen the appeal.  Why would chicken be good with waffles?  Now I know what all the fuss is about!  This sandwich was good.  Really good.  The combination of a soft waffle, sweet syrup, and savory chickun must trigger the happy place in the brain.   After the sandwich disappeared (and I had wiped the sticky syrup from my hands!), I finished off the tender macaroni and cheese and zesty jambalaya.  True comfort food.  I was blissfully lethargic for the rest of the day!

Everything at Southern Fried Vegan is “made to order” – you won’t receive anything pre-made.   Quality can take time, so be aware that there can be a wait, especially if others have ordered before you.  But the food rewards patience.  While I don’t think the road to being a healthy vegan is paved with Fried Waffle Chickun Sandwiches, I do think it’s important – as a special treat – to enjoy true comfort food.  Thank you Southern Fried Vegan for filling a critical gap in the universe of vegan food! 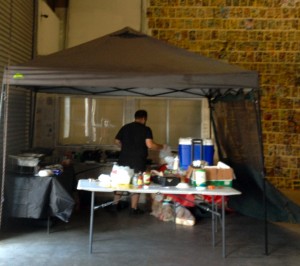 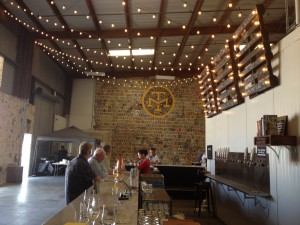 Where will Southern Fried Vegan be next?  Check in with their social media!