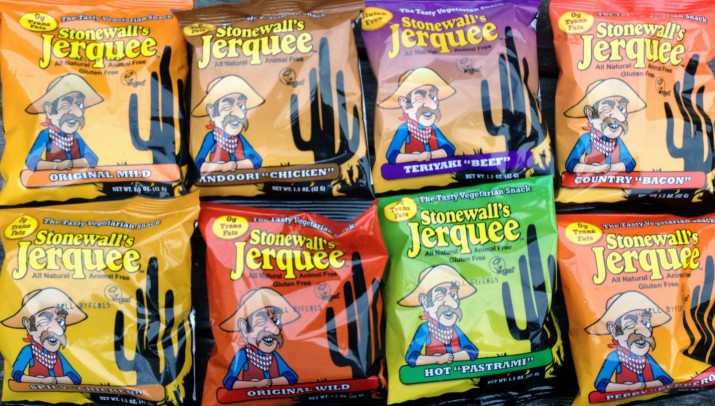 If you’re vegan, you probably thought your jerky days were behind you.  Or if you’re like me, you didn’t really eat jerky even when you did eat meat!  I do, however, like to try new things, so when Stonewall’s Jerquee offered to send me some samples, I was intrigued!

Stonewall’s Vegan Jerquee makes 9 varieties of vegetarian jerky, 8 of which are vegan (the BBQ Beef flavor has honey in it)!

What is Stonewall’s Vegan Jerquee?

Stonewall’s Jerquee uses 100% non-GMO soy as a base for their jerky.  Another perk of eating vegan jerky?  You don’t have to worry about growth hormones or antibiotics often present in animal based jerky.  Oh, and many of the flavors are also gluten-free!

I opened up the Original Mild flavor first, figuring I’d start with the basics.  The jerky comes in bite sized pieces that are chewy with a spicy and smokey flavor.  And it turns out that my 1.5 ounce bag contained 14 grams of protein!  The package also suggests putting the jerky in the microwave if you want a hot snack.  I don’t have a microwave, but I bet they would be good warm! 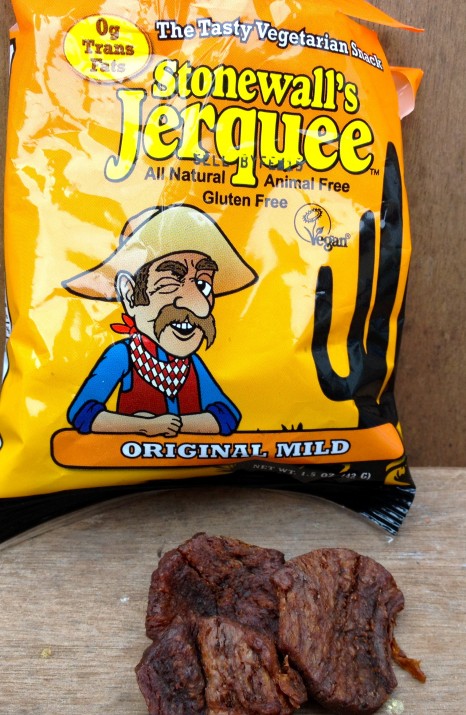 Of course, Stonewalls Vegan Jerquee doesn’t limit itself to “beef” jerky.  They also have varieties of “chicken” and “pepperoni.”  I liked the complex flavor in the Tandoori Chicken.  However, my favorite turned out to be the “Peppy Pepperoni” flavor.  Perhaps, this wasn’t a big surprise since I was a huge fan of pepperoni pizza before going vegan.

It turns out, I should have given vegan jerky a chance a long time a go.  With great flavor and a ton of protein, I’m going to be adding Stonewall’s Jerquee into my snack rotation!

Visit http://www.soycart.com to get started!!